It's been months and months since I promised to post a review of To What Strange Place: The Music of the Ottoman-American Diapora (1916-1929), and even more months since I first picked up this excellent set. I have delayed posting a review for a number of reasons, some of them personal. Mainly, however, I wanted to take the time to really absorb the music. The set consists of three discs: The first two feature music recorded in the United States (primarily in New York City) by immigrants from the disintegrating Ottoman Empire. The third disc is largely made up of music recorded in the Old Country and imported to the United States.

Having a carnivorous musical curiosity, I am quite literally willing to listen to anything that comes my way. This blog is a testament to that fact. Raised primarily on Classic Rock and the Singer-Songwriters of the mid- to late-1970s (James Taylor, Carol King, Billy Joel), I was exposed to jazz and classical music through my paternal grandfather, the ineffable Harry Stern. His love of music and his passionate lust for life is the common thread that runs through the dozens of musical styles and genres I have explored over the years.

I mention this to say that I purchased To What Strange Place not out of a pre-existing familiarity with the music of this particular place and time, but out of that driving need to seek out beautiful music wherever it can be found. I freely admit that I know next to nothing about the Ottoman Empire other than the fact that it existed. I think it had something to do with the Crimean War, but I only know of that because of the Russian history I studied as an undergraduate. I know that the Ottoman Empire rose up after the collapse of the Eastern Roman Empire, and I know that Vlad Tepes (the man who inspired the fictional Dracula) spent some time resisting the Ottomans. I know that the Ottoman Turks persecuted and exterminated some two million people in what has become known as the Armenian Genocide (although other ethnic groups, including Greeks and Turkish Christians, where targets as well), now considered to be the first modern act of "Ethnic Cleansing" and a dry run for the Nazi Holocaust of the 1940s (Hitler famously defended his Final Solution by rhetorically asking, "Who remembers the Armenians?"). In other words, I came into this set knowing very little about this part of the world and almost nothing of its music.

So when I first placed the CD into my player, I was immediately transported by the strange and haunting sounds that emanated from within. Strings, strummed, plucked and bowed; reed instruments that modulate into a plaintive cry; exotic rhythms beat on weathered skins; a melting pot of music from the East transported to the melting pot of the West; a monologue of exile; a dialogue of emigrants. It is impossible to distill the experience of listening to these tracks into a few words. It helps, certainly, to read curator Ian Nagoski's notes which identify artists and provide translation for some of the lyrical content. Helpful too are Nagoski's spoken notes at the end of the third disc which help to put these sounds into historical context. Nagoski's spoken words are poetic as well as educational and bear repeated listening. Nevertheless, all the context and detail is only window dressing. The listener need not concern him or herself with understanding. The sob in Marika Papagika's voice is all the context or translation that anyone really needs. This is "Soul Music" is the truest sense of the word. From out of a dusty, forgotten past, Nagoski has resurrected a voice that calls us all - Jew, Gentile, Muslim, Atheist, Believer, Westerner, Easterner - home. A voice that goes straight to the heart of what it is to be one human being among the faceless millions; to be young and looking ahead, and to be old and looking back. We are all strangers in a strange land. Once upon a time, Africans were brought to the Americas in chains. Irish, English, Scottish, French, Danish, Dutch and German boys and girls looked eastward across a vast water that separated both space and time. All of them could open their mouths and utter this same cry. In time, we Americans gave this cry a name: We called it "the Blues." What Nagoski has brought us is a Blues Record for the ages. We all hate to see that evening sun go down.

To What Strange Place is available from Tompkins Square Music and from fine on-line music retailers everywhere.

Here's the video preview for To What Strange Place. 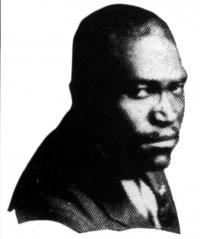 If you've picked up Paul Simon's excellent new release So Beautiful or So What, you might have noticed a familiar voice on the lead track, "Getting Ready For Christmas Day."

What you're hearing are the dulcet tones of none other than Rev. J.M. Gates, who has received his highest profile reference in a popular song since Mott the Hoople named a song "Death May Be Your Santa Claus."

The original sermon, "Gettin' Ready For Christmas Day," was recorded in the Kimball Hotel in Atlanta, Georgia on October 2, 1941, a little over two months before the Japanese bombed Pearl Harbor. In addition to the jailer and the undertaker, Rev. Gates had no idea that Emperor Hirohito was also getting ready...

Ahh... I want to give you a talk (yeah) this morning (Alright.) from this subject – getting ready for Christmas day.
The 25th day of December. You getting ready now.

Some have had their garments (That’s true.) laid away, paying some (Yes, they is.) this week, some the next week, getting ready for Christmas day.

There's more references to African American religious music on Simon's new album. In addition to "Getting Ready For Christmas Day," the penultimate track on So Beautiful Or So What, "Love & Blessings," features a sample of a 1938 recording of "Golden Gate Gospel Train" by the Golden Gate Jubilee Quartet (later known simply as the Golden Gate Quartet). This album is positively dripping with wonderful old music!

"Gettin' Ready For Christmas Day" is available on the superb Dust-to-Digital box set, Goodbye Babylon. Well worth checking out in full...

Download and listen to Rev. J.M. Gates - "Gettin' Ready For Christmas Day"
Posted by Alexander at 10:31 PM No comments:

Born on July 7, 1927 in Henagar, Alabama, Charles Elzer Loudermilk was one half of one of the greatest brother acts of all time. Professionally known as Charlie Louvin, Charlie and his brother Ira (April 21, 1924–June 20, 1965) began performing in 1940 and continued to work together as performing and recording artists until they disbanded in 1963. Although recording several secular songs (such as "Cash On The Barrelhead"), the Louvins were best known for their gospel recordings, particularly their 1960 album Satan Is Real, with its iconic cover. "The Christian Life" from that album was famously covered by the Byrds (featuring a young Gram Parsons) on their Sweetheart of the Rodeo album.

Following Ira's tragic death in a car accident, Charlie carried on as a solo performer, recording fourteen albums under his own name between 1965 and 1982. In 2007, Charlie began releasing new albums on the Tompkins Square label. Although his voice had deteriorated, he remained one of the masters of the country-gospel genre. Among his finestlate-period albums is Sings Murder Ballads and Disaster Songs, an album released as a companion to Tompkins Square's People Take Warning: Murder Ballads and Disaster Songs, 1913-1938.

Below is a link to "I'll Never Go Back," a song cut during a 1952 radio session by the Louvin Brothers.

I once was bound by the chains of sin.
There was no light to shine within.
Down on my knees I knelt and prayed,
And He took my burdens all away.

As I travel on this narrow way,
I'll help the lost to find their way.
I'll shine my light so the world can see
What a saving grace has done for me.

At the set of sun I'll be going home,
To rest my soul around the throne.
I'll bid farewell in a little while,
And change my tears for a lasting smile.


Here's a clip of Charlie performing "Will You Visit Me On Sundays" in 1970.

Download and listen to The Louvin Brothers - "I'll Never Go Back"
Posted by Alexander at 8:45 PM No comments: