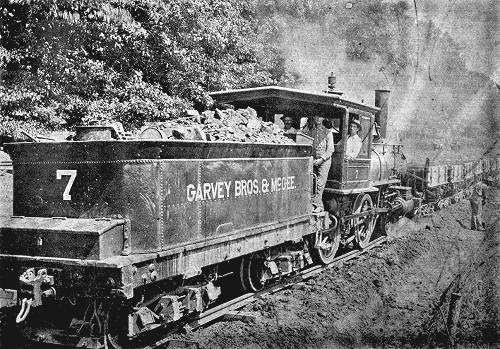 J. Preston Nestor was born in Hillsville, Virginia in 1876. His exact birthdate is unknown as are the details of his early life. What is known is that Nestor, along with fiddler Norman Edmonds, recorded four songs during the legendary Bristol Sessions, including this version of "Train On The Island." Although Nestor was approached about a follow-up session in New York, Nestor declined the offer and never recorded again. He died in 1967 at the age of 91.

Norman Edmonds was born in Wythe County, Virginia on February 9, 1889. He learned the fiddle from his father, which he played in the rural style (with the fiddle held against his chest rather than under his chin). Edmonds was known for his vast repository of songs, many of which have seldom been heard outside of Galax, Virgina. Edmonds recorded under his own name (his version of "Breaking Up Christmas" is available on the excellent Dust-To-Digital holiday collection, Where Will You Be Christmas Day) and remained active through the 1970s. He died in 1976.

"Train On The Island" is the last of five work songs in a row and the second song in a row to feature a train.

And I can't roll the wheel.

Lord, he thought he heard it blow.

"Train On The Island" features some truly remarkable fiddle and banjo playing. Nestor and Edmonds simulate the sounds of the train on their instruments. Although Smith describes Nestor's vocal as "meager," I disagree. I think his voice perfectly fits the rushed mood of the piece. The words tumble forth in a way that suggests that Nestor was barely aware of them at the time. Lines are started and only half finished, or else finished without being started. Pronouns are dropped, as though Nestor doesn't have time to pronounce every word. The song gives a palpable impression of time running out. No matter how fast Edmonds plays and Nestor sings, it will be too late. It has always been too late.

The song is provides a wonderful contrast for the laid back "K.C. Moan."


The Shameless Plug Department: The sixth episode of the "Where Dead Voices Gather" podcast is finally up! It's an all fiddle episode featuring fiddle tunes from both black and white artists, as well as three tracks from the Middle East! Also available on iTunes! Subscribe today so you don't miss a single episode. It's free and it doesn't hurt. Who can ask for more?

Here's a video of gadaya performing "Train On The Island" on banjo.

Download and listen to J.P. Nestor - "Train On The Island"
Posted by Alexander at 12:31 AM