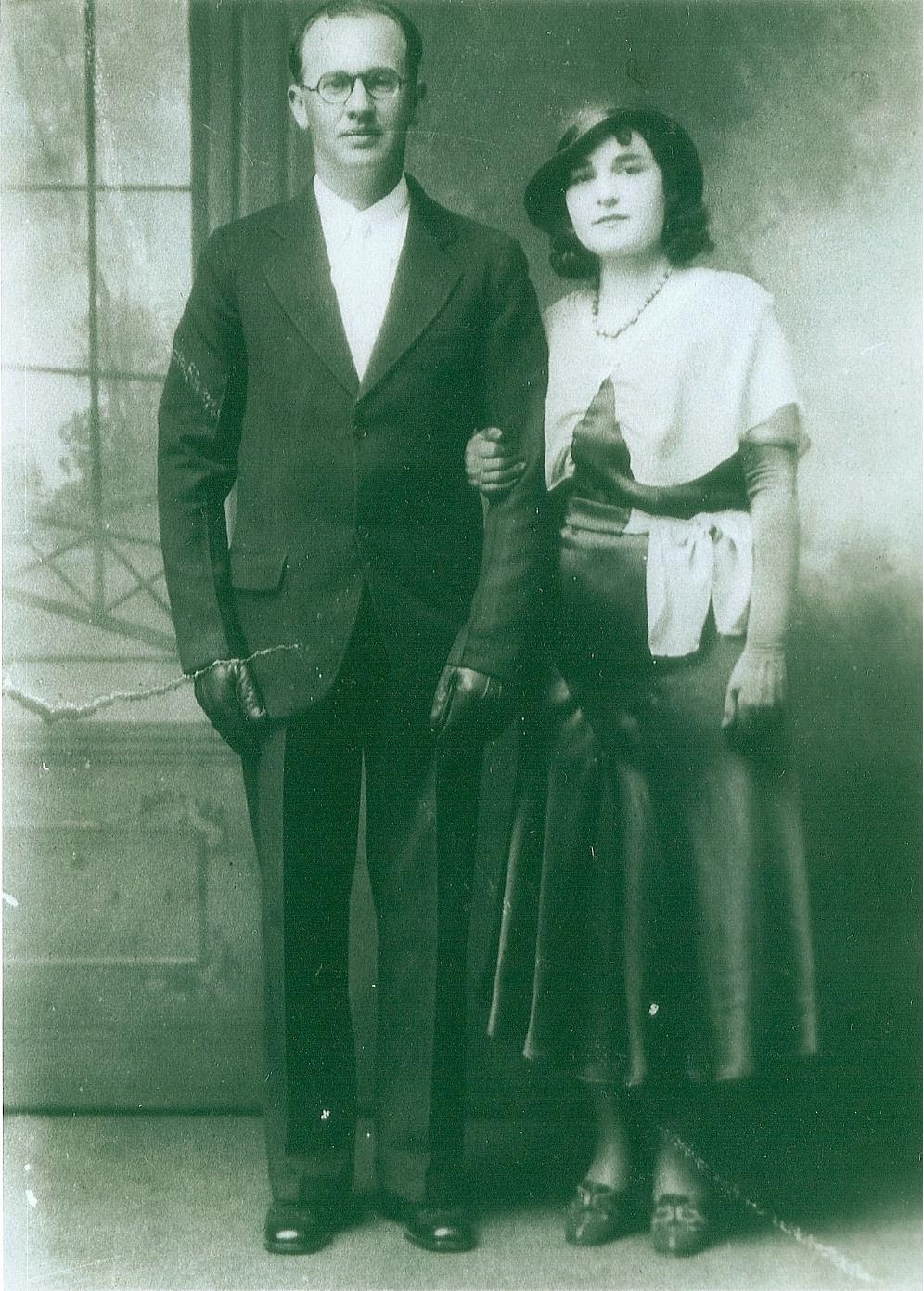 Joseph Falcon was born in Roberts Cove, Louisiana, a small unincorporated community in the southern part of the state, on September 28, 1900. He began playing accordion at the age of seven and turned professional during his teens. Falcon was friends with fellow accordionist Amédée Breaux (who appears, along with his brothers Clifford and Ophy, on the next selection). Breaux's sister Cléoma, herself a talented guitarist and vocalist, became Falcon's frequent accompanist and collaborator. They would marry around the time of their first recording session in 1928. It was at this recording session that Falcon and Breaux made the very first record of Cajun music, "Lafayette." The record was hugely popular upon its release, creating tremendous demand for Cajun music and - of course - more recordings by Falcon and Breaux. The duo were recorded at sessions in New York and Atlanta. It was at the Atlanta session that Falcon and Breaux (along with Ophy Breaux on fiddle and an unknown musician on triangle) cut this version of "Acadian One Step" (misspelled in Smith's booklet as "Arcadian One Step." Smith uniformly misspells "acadian" as "arcadian"). Falcon became the first Cajun recording star, performing all over Texas and Louisiana. In 1941, Cléoma Breux Falcon died of injuries sustained in an automobile accident, but Joseph Falcon carried on as the leader of Joe Falcon and His Silver Bell String Band. Falcon remarried and his second wife, Theresa Meaux, played drums in Falcon's new band.

Falcon continued to record into the late '30s, but his music was eclipsed in popularity by the emerging Country and Western genre and was soon considered old fashioned. He stopped recording after his final session in 1937, but continued to perform locally until the early 1960s. Falcon died on November 19, 1965.

"Acadian One Step" is an extremely energetic performance with classic Cajun instrumentation (accordion, guitar, fiddle, triangle). The accordion plays the melody line on the instrumental breaks, while the guitar plays the rhythm and the triangle keeps time. The fiddle is inaudible on the instrumental breaks (likely overpowered by the accordion), but it can be heard in the background during the vocal parts, when the accordion drops out. Although the fiddle can be heard on the recording, it was not listed among the instruments listed on the record label. Falcon is likely singing the lead vocal here. He sings in the Cajun dialect and as my high school French is not up to the duties of transcribing (much less translating) the lyrics, I will not post them . If anyone can provide such a transcription/translation, please contact me at wheredeadvoicesgather1@gmail.com.

According to Smith's notes the "rapid runs in the melody" are "characteristic" of Cajun music.

"Acadian One Step" is the second of three Cajun selections in a row, all of which feature the accordion. For more on the accordion, see the entry on "Saut Crapaud."

The Shameless Plug Department (why?): The fourth episode of the "Where Dead Voices Gather" podcast is still the most recent. It is my intention to do a fifth episode in the near future, although for the time being I am busy acting in the Capital Repertory Theatre production of To Kill A Mockingbird. As soon as I have more time, you can rest assured that I will do a new episode of the podcast. In the meantime, you can listen to this all-blues episode where you'll hear New Year's greetings from Lightin' Hopkins and Mary Harris, as well as Delta Blues by Son House, Willie Brown and Charlie Patton. You'll also hear recordings by more obscure figures like Geeshie Wiley, Blind Joe Reynolds, William Harris, and more. Also available on iTunes! Subscribe today so you don't miss a single episode. It's free and it doesn't hurt. Who can ask for more?

Once again, there do not appear to be any modern versions of "Acadian One Step" available on-line (at least, not identified as such). Instead, here is a video of the Downtown Cajun Band, which also features the line-up of accordion, guitar, fiddle and triangle.

Download and listen to Joseph Falcon - "Arcadian One Step"
Posted by Alexander at 6:40 PM