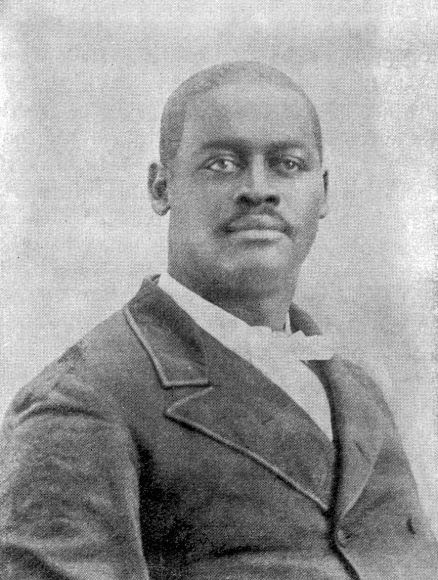 This recording is the B-side to "You Must Be Born Again," discussed in our previous entry. See that entry for information on J.W. Gates and on the practice of lining hymns.

"Oh Death, Where Is Thy Sting" was recorded at the same 1926 session as the previous entry. As in that entry, Smith provides a brief excerpt of the record which demonstrates a lining hymn. In this entry, we hear Gates recite a line of the hymn, which the rest of the group then repeats in song: "Lay down thy weary one, lay down your head upon my breast."

This line comes from the 19th century hymn "I Heard The Voice of Jesus Say," with lyrics by Ho­ra­ti­us Bo­nar and music by John B. Dykes. The full text of that hymn is as follows:

I heard the voice of Jesus say, “Come unto Me and rest;
Lay down, thou weary one, lay down Thy head upon My breast.”
I came to Jesus as I was, weary and worn and sad;
I found in Him a resting place, and He has made me glad.

I heard the voice of Jesus say, “Behold, I freely give
The living water; thirsty one, stoop down, and drink, and live.”
I came to Jesus, and I drank of that life giving stream;
My thirst was quenched, my soul revived, and now I live in Him.

I heard the voice of Jesus say, “I am this dark world’s Light;
Look unto Me, thy morn shall rise, and all thy day be bright.”
I looked to Jesus, and I found in Him my Star, my Sun;
And in that light of life I’ll walk, till traveling days are done.

"I Heard The Voice of Jesus Say" is frequently found in Baptist hymnals, and Gates was a Baptist minister. The Baptists first appeared in 17th century England, having separated from the Church of England over the practice of infant baptism.

"I Heard The Voice of Jesus Say" was spoofed by singer Jim Jackson as "I Heard The Voice of the Porkchop," which can be heard on the Old Hat release Good For What Ails You: Music of the Medicine Shows, 1926 - 1937. This hymn is also reportedly the inspiration for Bob Dylan's "Lay Down Your Weary Tune."

Is this the hymn Gates and his congregants are singing? If we listen closely to the first line sung, it does seem that Gates sings the words, "I heard the voice of Jesus say..."

Chapter 50 of I Corinthians concerns the resurrection of the body during the Last Judgment.

As with the previous selection, Gates' voice is full of holy fire. He punctuates his singing with exclamations of "amen" and "oh yes."

It is significant that Smith chose to open this disc of religious music with selections that deal with two central themes of Christianity: The necessity of spiritual rebirth and the promise of a final victory over death.


The Shameless Plug Department: The fourth episode of the "Where Dead Voices Gather" podcast is still the most recent. It is my intention to do a fifth episode in the near future, although for the time being I am busy acting in the Capital Repertory Theatre production of To Kill A Mockingbird. As soon as I have more time, you can rest assured that I will do a new episode of the podcast. In the meantime, you can listen to this all-blues episode where you'll hear New Year's greetings from Lightin' Hopkins and Mary Harris, as well as Delta Blues by Son House, Willie Brown and Charlie Patton. You'll also hear recordings by more obscure figures like Geeshie Wiley, Blind Joe Reynolds, William Harris, and more. Also available on iTunes! Subscribe today so you don't miss a single episode. It's free and it doesn't hurt. Who can ask for more?

Here is Anthony Way performing "I Heard The Voice of Jesus Say."

Here is a section from Handel's Messiah in which the verse from I Corinthians is quoted.